5. What are some basics of safe SM, emotionally and physically? 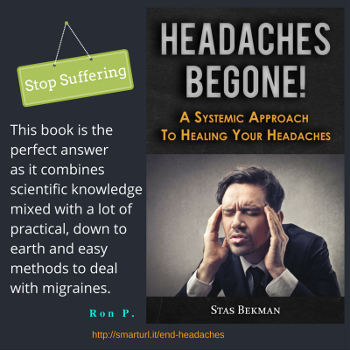 This article is from the Bondage FAQ, by numerous contributors.

5. What are some basics of safe SM, emotionally and physically?

SM is often play, and as such is fun! But SM can also get intense and
powerful. Here are some useful tips for people just getting started.
First of all, communicate. Let your partner know what you want and don't
want. Keep the dialogue going; watch your partner, be aware of what she
or he is feeling and thinking, and respect his or her limits. Establish
a safeword, and make it very clear that it will be taken EXTREMELY
seriously if used. DON'T assume that your partner shares a fantasy of
yours unless you've EXPLICITLY discussed it with them; just because
someone likes being blindfolded doesn't mean they'll enjoy being tied
up. And most important, give full permission to both people playing to
stop at any time for any reason; respect each other enough to commit to
call a halt and work things out if something goes wrong. Be sensitive.
SM play, which can (doesn't have to! but can) involve helplessness,
intense sensation, and psychological domination, is strong stuff; it can
reach deeply into someone's soul and bring up childhood traumas or
hidden fears, without warning. Be aware that you are swimming in deep
waters, and be respectful, loving, and careful. Don't let this reality
scare you away from SM, though, if you want to experiment; let it make
you more aware and open to what both of you are feeling. Most of all,
decide for _yourself_ whether SM (or elements of SM) has a place in
your sex life; don't listen when someone _else_ tells you "SM will be
OK for you" or "SM will not be OK for you". Only you can make that
decision.

Be honest. If you do not want to do something, don't let your partner
pressure you into it. When you begin exploring SM, you may often find
yourself with a partner who wants something more than you have
experience giving, or who's right now in the mood for something that
you're _not_ in the mood for. In my experience, it's generally better
to say, "Whoa, I think we're wanting different things. Let's talk."
Doing a scene when you don't really want to can result in anything from
a lukewarm scene to something you just wish was over. There is plenty
of time... honesty, and not pushing, will lay a foundation of trust
that will stand you in good stead later.

One especially charged kind of D/S play is dominance and submission, in
which the bottom gives up some of their freedom of choice to the top,
who can command them. Though many people with strong boundaries can play
like this perfectly safely (and indeed derive enormous happiness and
satisfaction from doing it), this kind of play can carry some real
emotional risks for people with low self-esteem. The risk is that the
dominant will wind up abusing their power, using the D/S dynamic to
make the submissive feel ever more worthless and powerless, and hence
willing to let the dominant take over more of their independence. If you
have issues around your personal sense of self-worth, and if you feel
that being submissive (albeit perhaps an enticing idea) might serve to
confirm and consolidate your negative self-image, you would do well to
think hard about whether D/S play is for you at this stage of your life.
The answer may well be "no." (And conversely, if you are considering
topping someone who wants to submit because they deserve no better, you
might consider whether you want a partner who thinks so little of
themselves.) In general, it's imperative for everyone who does SM to
look hard at their motivations and their boundaries, and to be clear on
whether the SM (whatever form it may take) is self-actualizing or
self-destructive.

It may not be all black-and-white, either; there may be some particular
activities or roles or words that will make you feel unsafe, scared, or
worthless, and you may well want to avoid those activities/roles/words.
That is exactly what negotiation is for; you have the right to do what
feels good to you and avoid what does not, and you have the right to
insist your partner respect your boundaries. (This goes for any
relationship, of course, BDSM or no.) The discussion of "when do
dom/sub relationships become excessive or abusive" is an ongoing one on
s.s.b-b, and for good reason; it's an important topic. BDSM may at times
be theraputic, but it is in no sense a substitute for therapy. It's been
said that "you can't take power from the powerless." A healthy D/S
relationship is grounded in mutual respect, and in the knowledge that
both partners are choosing this life in a fully informed, non-coerced
manner; the submissive is proud to submit, and the dominant is proud to
receive the gift of their submission. It is a very different thing from
an abusive relationship in which one partner controls the other
partner's entire world, with the goal of making that partner
irrevocably and helplessly dependent. Back to the physical plane: If you
are the top, and you are tying your bottom up, keep your attention on
what you're doing. Your bottom is going to be blissing out; it's up to
you to see that they're comfortable and kept amused. The "amusement" can
be as nasty as you please, but see that they don't get _bored_; that's
seldom fun.) Indeed, if you as top really _are_ displeased with your
submissive for breaking an agreement the two of you had made, ignoring
them or sending them away may be the harshest punishment you can
administer. But that's pretty advanced.) Remember AIDS. Almost
everything beyond closed-lips kissing and bare-skin contact is
potentially unsafe, unless some kind of latex barrier is used. No
unprotected contact between any combination of fingers, genitals, mouth,
and anus; use a latex dam (or saran wrap) for cunnilingus or rimming
(i.e. oral-anal contact), gloves for manual penetration, condoms on
dildos and dicks. Use water-based lubricants such as ForPlay,
Astroglide, Wet, KY Jelly; if the lube has nonoxynol-9 in it (which
kills HIV) all the better (but some are allergic to nono-9). OILS AND
OIL-BASED LUBES DISSOLVE LATEX; keep the mineral or massage oil away
from your gloves and condoms (and latex clothing for that matter!).
Blood, semen, female secretions, urine... all can carry HIV. Play hard,
but play safe. (One interesting thing about SM is that it expands the
range of safe ways for people to pleasure each other! But it also
expands the range of unsafe ways to play....) There are more safety
tips, but if you want the in-depth skinny check some of the books at
the end. Many tops come up with an SM safety kit, containing (among
other things) such items as a flashlight, duplicate keys for _all_
locks, bandage scissors (with one flat blade) for speedy bondage
removal, a first aid kit with all the standard first aid items,
disinfectant (such as Bactine or Hibiclens) for toys which come in
contact with bodily fluids, safer sex supplies (sometimes including
several varieties of lubricant--different people like different sorts),
and so on. See _SM 101_ (a book listed in the Resources section) for an
excellent description of such a kit. And there are some things that are
commonly regarded as potentially too dangerous to do unless you've been
taught by someone who knows. Suspension is one: there are lots of
things that can go wrong, and many of them can result in severe injury.
Crucifixion is an especially hazardous form of suspension. And body
piercing is also not for the novice; it takes know-how and precision,
and a mistake can result in a really big mess. Fortunately, most SM
activities, such as bondage, spanking, and teasing, are not nearly so
severe; you can start out light and build up the intensity as far as
you both want to go. Pay attention to what you're doing and use common
sense and you'll likely be fine. In general, start out slow and
PRACTICE! You will learn quickly and you'll have fun all along the way,
and soon you'll be places you'd only dreamt about! 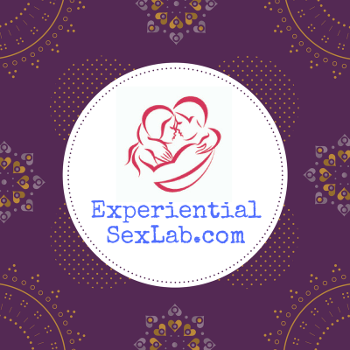